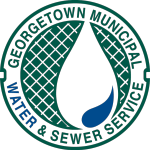 For After Hours Emergencies, Call and Follow Prompts to Leave a Message for On-Call Personnel.

The main source of water for our area has been the Big Spring since John McClelland and his party of frontiersmen and women built a fortified settlement in 1775.  In 1889, Georgetown Water Works Company was incorporated as the first authority to regulate, treat and distribute this spring water for the community.  In 1945, The City of Georgetown purchased that company and established the 'Municipal Water Works Plant'.  In 1962, the water and sewer systems were consolidated, and Georgetown Municipal Water and Sewer Service was formed. The Big Spring is now known as Royal Spring.

GMWSS is a water provider for the communities of Georgetown, parts of Sadieville, Stamping Ground, Midway, and Lexington.  We have a customer base of over 12,000.  We have approximately 420 miles of water mains, and we are still growing.  Our water treatment facility has the capacity to treat up to four (4) million gallons per day. Tours of the plant can be arranged by calling
502-863-7819.


GMWSS is governed by a board of commissioners consisting of five (5) members appointed by the Mayor of Georgetown.  Our Board meets on the third Tuesday of each month, and the public is welcome to attend the meeting. 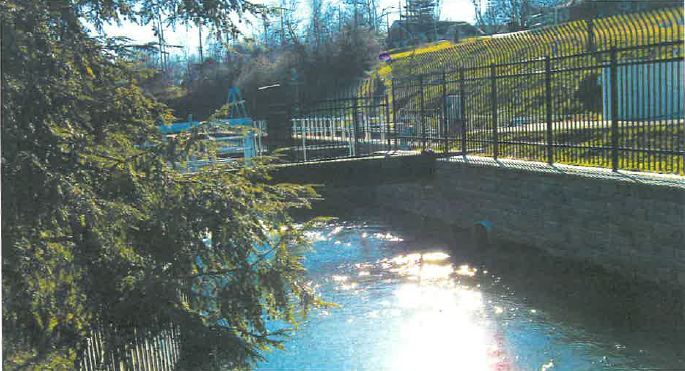 A Drop to Drink: the Sequence of Steps to Purify Our Water

at the Georgetown Municipal Water and Sewer Service


The City of Georgetown has the fortunate option of being able to obtain fresh water from 3 sources. The primary source is the Royal Spring. GMWSS purchases treated water from the Kentucky River via pipelines daily from Frankfort and on occasion from Lexington. The Royal Spring is an underground stream that is fed by rainwater. This underground aquifer begins near Rupp Arena and drains the area between Lexington and Georgetown, including the Kentucky Horse Park. To make the water safe and palatable involves the following steps of chemical and physical treatments.


After the water exits from the Royal Spring, some is diverted to a Settling Basin to begin processing, while most of the water just flows into the Elkhorn Creek north of town. Larger sand particles fall out as the water moves slowly through an old, U-shaped Settling Basin. Potassium permanganate is added to oxidize organic material in the raw water. Two large Aeration Towers (which were added in 1990) are designed primarily to remove Volatile Organic Chemicals (VOCs) such as gasoline, but they also help kill anaerobic bacteria and improve the taste. A large fan forces air upward as the water falls down through small pieces of plastic, which increase the surface area of contact between the air and water.


The addition of an Alum-like compound (polyaluminum chloride) and Lime (to make the water more basic, i.e. raising the pH) at the Flash Mix produces Al(OH)3. This sticky, gelatinous material (called a flocculent) grabs smaller mud particles and impurities and carries them down to the bottom of the Clarifier (a large, covered, round Settling Tank). The “clean” water is then removed from the top and sent to the next step. Slow flow through the Clarifier takes several hours as the alum-particles precipitate out. After several weeks of use, the Clarifier is drained and hosed out for cleaning. The waste is land-filled.


Three smaller, indoor Sand and Charcoal Filters further purify the water. The sand removes larger particles that got through the Clarifier while the charcoal removes odorous, organic-based compounds. These filters are cleaned frequently by back-flushing. Rather than have large tanks of dangerous chlorine gas, bleach (NaOCl) is now generated on-site by the electrolysis of salt (NaCl) water. Instead of just adding chlorine to kill bacteria, the addition of chlorine plus ammonia produces Chloramines (NH2Cl and NHCl2). The advantage of chloramines is that their germ-killing capacity lasts longer than chlorine. This is important because some of the treated water is pumped 27 miles out into the county and germ-killing capacity is required even at the end of the line for several days. Fluoride is added at the 1 ppm level to reduce cavities in teeth. Finally, any additional bacteria are killed by irradiation with intense UV light.


After processing, the water is stored in a Clear Well (a very large, round, concrete-covered, partially-underground tank) prior to being distributed to the city of Georgetown. First, the water is pumped up to 4 Water Towers, where the water is then distributed by gravity flow across the city through large Water Main Pipes to our homes. Water that’s fit to drink is called “potable.” Finally, to ensure consistency and safety, the water is regularly tested in the Lab to meet federal chemical and microbiological standards. 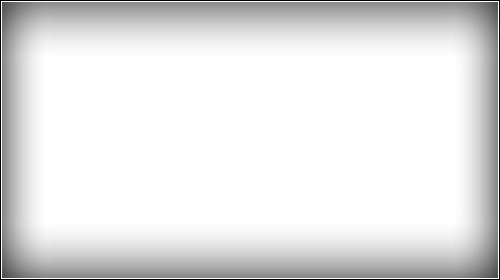 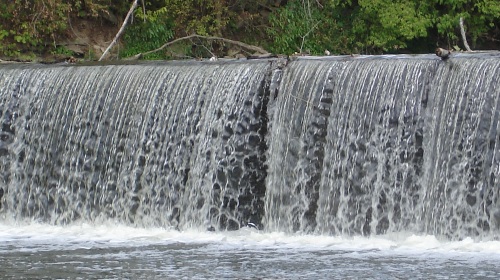 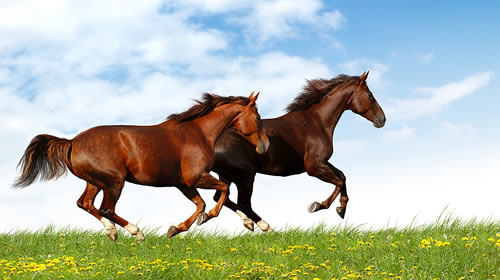 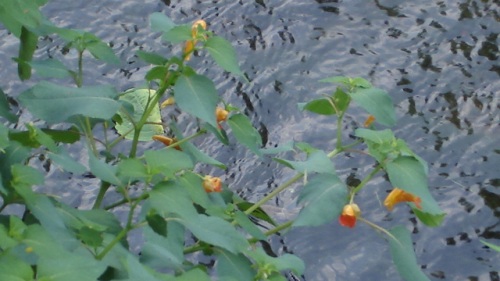 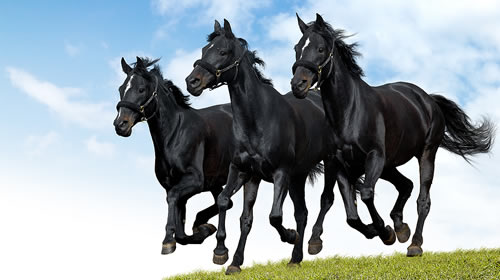 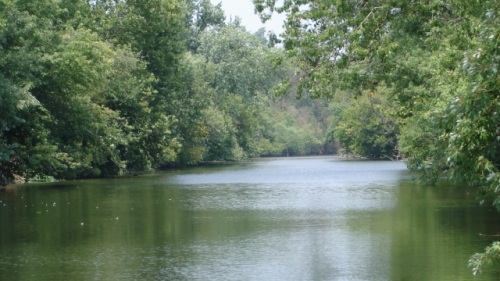 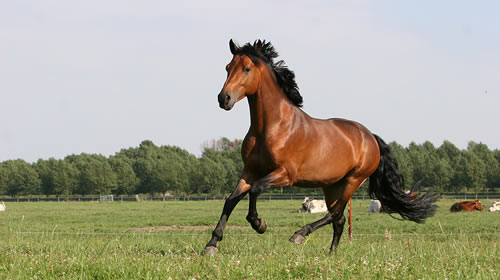 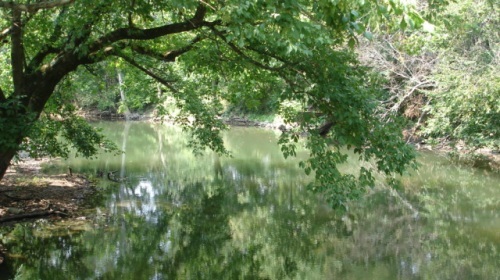 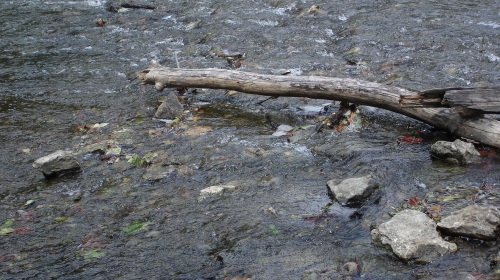 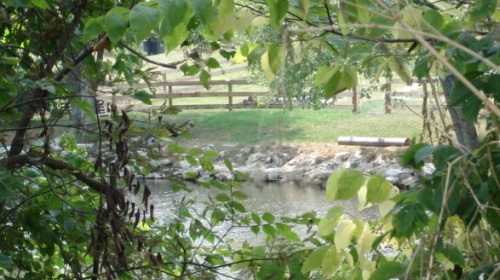 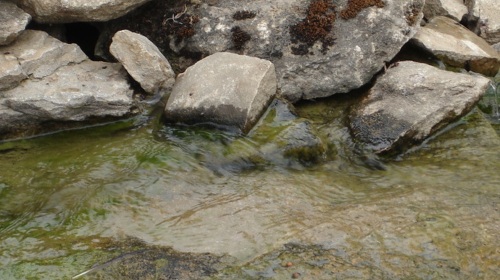 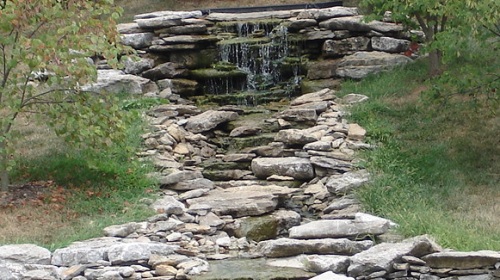 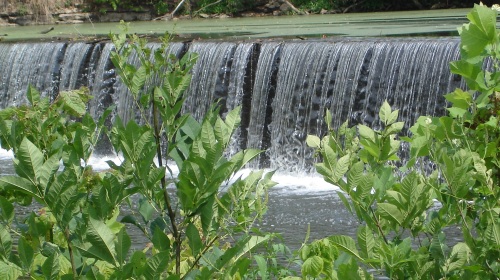 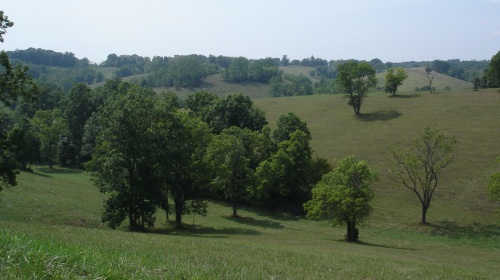 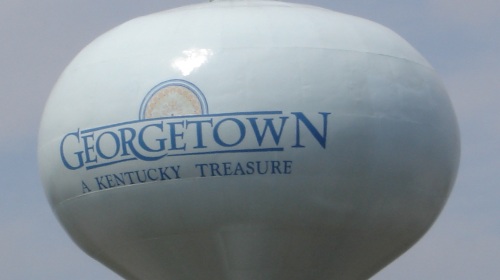 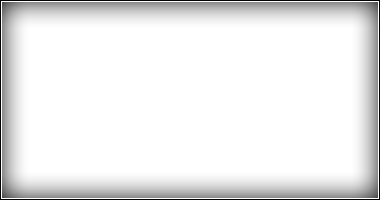